This project was originally started by two developers, Wayne Wong and Kelian Dumerais. They developed a tool known as MLPostFactor which allowed never versions of macOS to be installed on unsupported hardware. While the original developers left, I continued to maintain the project with my tool macOS Extractor, supplemental updates to MacPostFactor, and designing the website, forum, and support system. I Additionally, I have worked and networked with numerous developers around the world whom shared profound knowledge and experience in software engineering.
The MacRumor Forum threads linked to these projects have collectively grabbed over a two million views with thousands of consumers enjoying their newly revived computers. Numerous Youtubers have also shared their experiences with our software.

Description:
OS X 10.6 Snow Leopard was the first OS X version with optional support for a 64-bit kernel, allowing booting either with a 32-bit or 64-bit kernel. However, Apple did not support booting the 64-bit kernel in Macs that shipped with EFI32 firmware, even if they had 64-bit processors capable of running the 64-bit kernel. When Apple dropped the 32-bit kernel entirely from OS X, starting with OS X 10.8 Mountain Lion, EFI32 Macs no longer had an Apple-supported mechanism to boot newer OS X versions.
OS X 10.11 El Capitan includes System Intergrity Protection (Rootless security). It makes sure that System file permissions are automatically protected, and updated during Software Updates. The Repair Permissions function is no longer available and access to system files that we need to use in this thread may be locked.
Older Macs that lost support in macOS Sierra have an USB related issue that prevents the built-in USB as well as the thereon connected Input Devices and Bluetooth from working.

Gallery of the Project 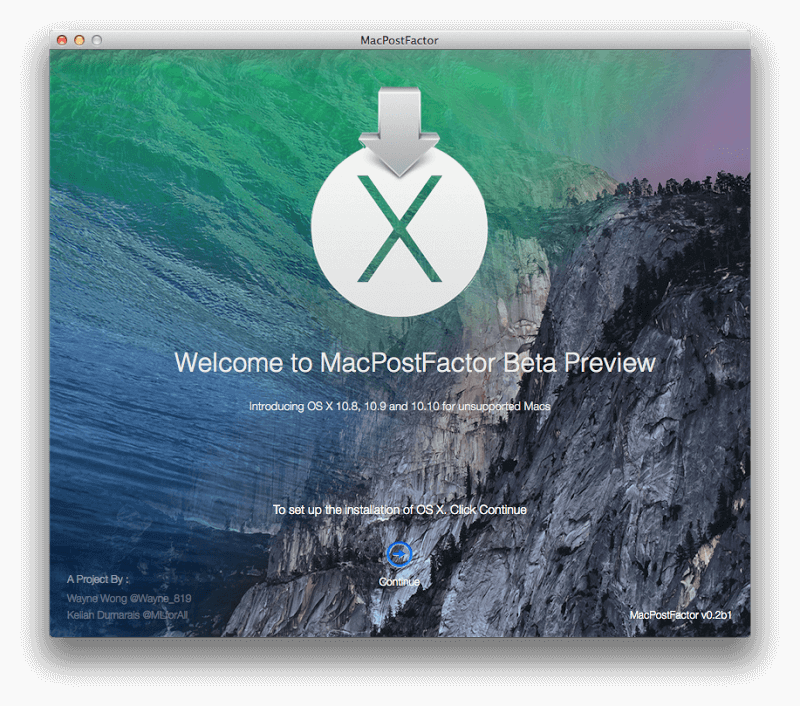